The Organisational Learning Australia Special Interest Group, extends a warm invitation to all organisational learning professionals and other interested parties to its November 2010 event.

He is the spiritual mentor of business luminaries including, amongst others, Peter Senge (5th Discipline), Otto Scharmer (Theory U) and Joe Jaworksy (Presence) and he is referenced in these books.

John will be in Australia in November to lead and teach a Sacred Passage on Flinders Island, and will be giving a talk to SoLA, to share: · How he works with Peter Senge and Otto Scharmer - both in the corporate sphere and in the more personal, spiritual space. · The work he has done with the Talberg Forum in Sweden, where 500 World Leaders were taken on a solo experience in nature, in the French Pyrenees · How this work impacts on the individuals and organisations he works with, About Professor John P Milton:
John, a revered global Elder of the environmental movement, served as one of the first ecologists on staff at the White House, studied as a Woodrow Wilson Scholar at the Smithsonian Institute, and for many years directed the International Programs Division of the Conservation Foundation, now a part of the World Wildlife Fund. He is one of the founding members of Friends of the Earth and has served on various committees at the National Academy of Sciences.

In addition John has spent decades studying with practitioners of Ancient Eastern spiritual pathways, including Taoism, Buddhism, Shamanism, Tibetan Dzogchen, Tantra, and Hindu Vedanta - as well as the Native American Way and Christianity.

From these broad and deep experiences, John has developed a powerful approach to leadership in both business and life, which he calls the Way of Nature. This is taught on the nature retreats which he leads. For more information on the Sacred Passage on Flinders Island go to http://ensemble.net.au/aus/.
Date: Wednesday 24th November 2010

Posted by Sydney Facilitators Network at 22:24 No comments: 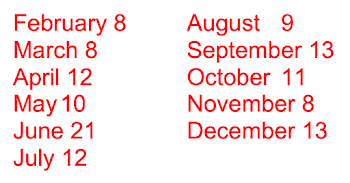